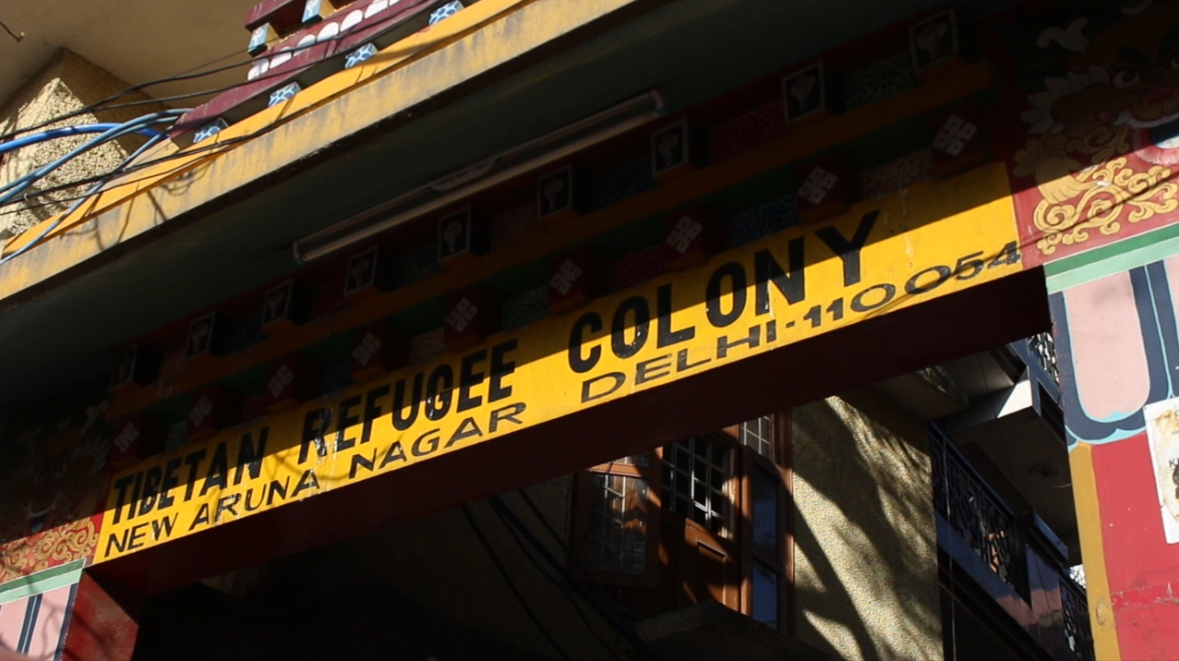 Manu Ka Tilla; a Tibetan refugee settlement on the banks of river is also known as the ‘Mini-Tibet’. The Tibetan culture is one of the most unique and interesting cultures and if one wants to see its glimpse in Delhi, one must explore ‘Mini- Tibet’ or ‘Majnu Ka Tilla’. As one will enter the narrow lane of Majnu Ka Tilla, colourful prayer flags will definitely catch your eyes. Right in the centre of the colony is a monastery around which the hustle and bustle lives. Despite of the fact that the place is thronged by the tourists, there is a sense of peace in there.

35To know one’s culture one must explore their food. And Tibetan street food is just a level up! Cheap, quick, juicy and super tasty. Manu Ka Tilla is a perfect destination in the capital for your Tibetan food cravings. Enter at the inviting sight of colourful people and smell of spicy meat curries, which will hit your nostrils.

Everything from their juicy buff sausages and momos to laping rolls, cece salads and shabalay, will make you keep going back for more.

A film by Kshitij Choudhary.

Here’s a walkthrough of the food world that Majnu-Ka-Tilla has to offer.