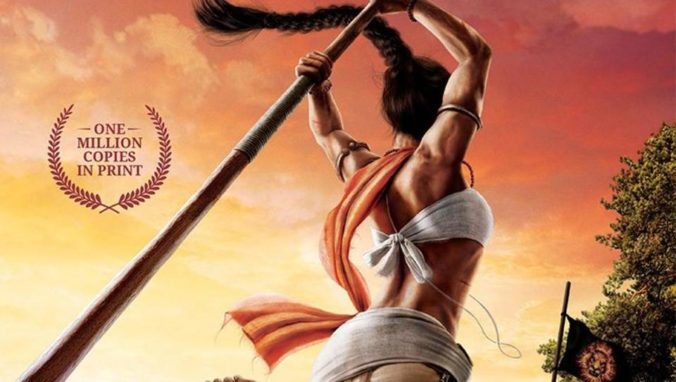 Bestseller mythology author, Amish, often referred to as the “literary pop-star of India”,  as promised, is back with Book 2 of Ram Chandra Series. On May 4th, he revealed the cover and title of his upcoming book, Sita – Warrior of Mithila, at Title Waves Bookstore, Mumbai.

Sita – Warrior of Mithila, is the second in line to the popular Ram Chandra Series. Scion of Ikshvaku being the first part of the series. Amish is also the author of the famous Shiva Trilogy, which is said to have sold 2.2 million copies till now, making it arguably the fastest-selling book series in Indian publishing history.

This book claims to be – thrilling adventure that chronicles the rise of an orphan, who became the prime minister. And then, a Goddess. Sita, a mythical character from the epic Ramayana, has been portrayed as a warrior and the feminine power around 3400 BCE. At the book cover launch event, Amish said, “Ancient India witnessed a far more equal social set-up than we have today. The cover depicts Lady Sita to be a fearless warrior and the book will capture her journey from being an adopted child to a fierce warrior and then becoming a Goddess.”

Although the book will be launched in English but Amish has promised its Hindi edition will soon be out. When inquired about it by one of his fans, as a reply, Amish tweeted – “The Hindi edition of #SitaWarriorOfMithila will release a month or two after the English version. Translation is under way”

You can even read excerpts from the book even before its launch. Yes, that’s right. CNN News-18 has collaborated with Amish and they publish a part of story, each day, on their website till it’s official launch.

If you want to get into the mood already, click here for the excerpts, and start reading. 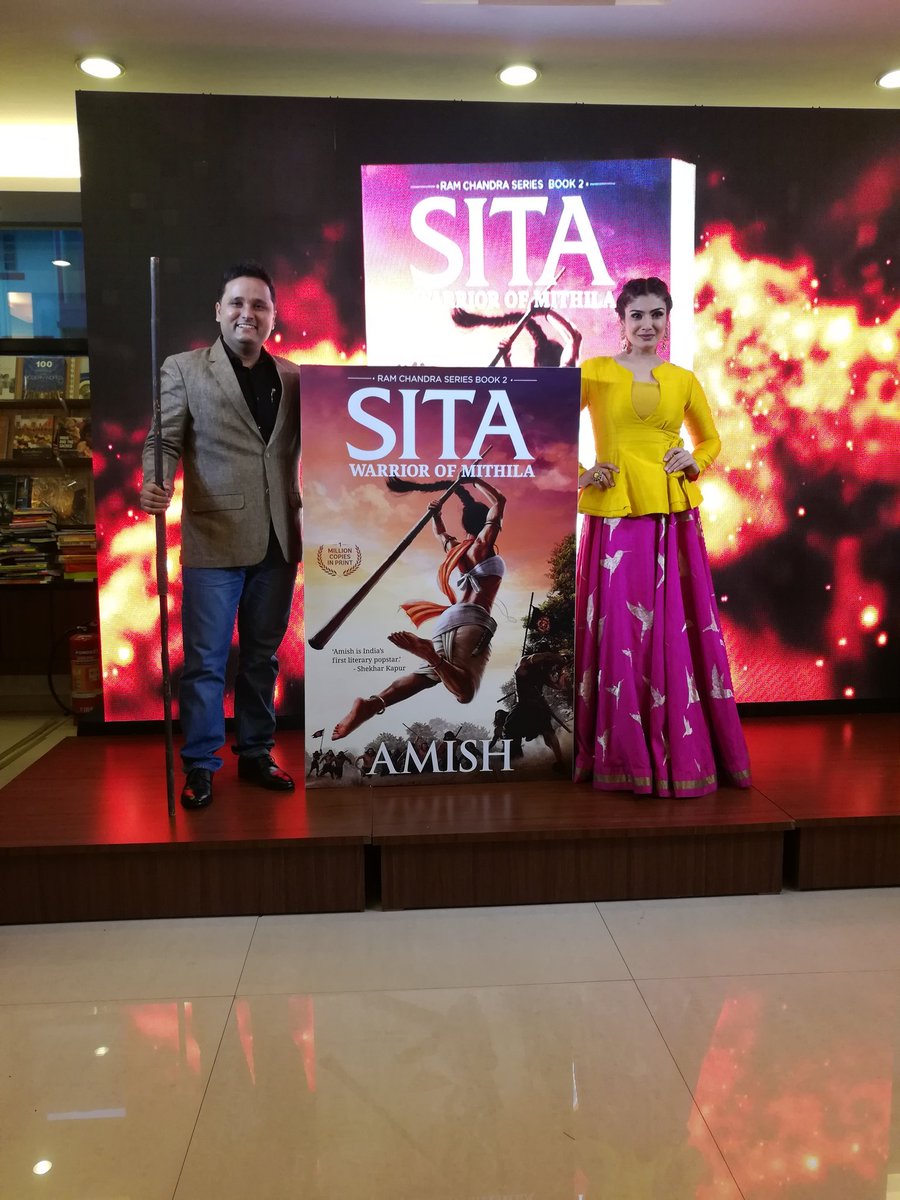 On May 16th, a captivating book trailer has been launched and it’s highly intriguing. The trailer is interesting and well  prepared. This is all we needed to gear up for the launch and want for the book even more. A fascinating thing to be noticed in the trailer is the altered version of the most famous shlok from Bhagavad Gita, “Yada Yada Hi Dharmasya…”.    Here’s the link to the trailer for you watch it, and desire more for the book to hit the stores.

The much awaited official trailer of #SitaWarriorOfMithila is here. Pre-book your copy: https://t.co/VU98k5A2ol Book releases May 29, 2017 pic.twitter.com/eyswcn3Jpc

The book will be officially launched on May 29. 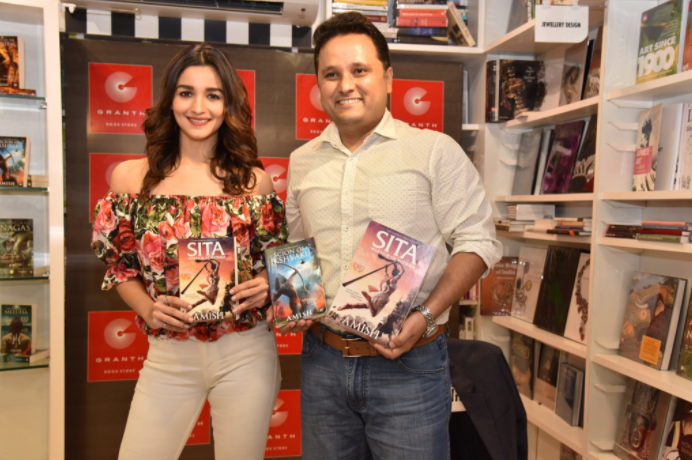 Alia Bhatt and Amish, at the trailer launch event.

We are now more excited than ever. Best wishes to Amish for his upcoming book.

You can PRE-ORDER the Book using these following links: